IMDb: 7.4 2001 210 min 83 views
Rahul, the adoptive son of business magnate Yash Raichand, feels eternal gratitude to his father for rescuing him from a life of poverty. Yet, ...
ComedyDramaHindi Movies

IMDb: 5.3 2001 149 min 45 views
Inpired from the movie “Liar Liar”, this movie is about a lawyer (Govinda) who lies his way through marriage and career. His wife ...
ComedyDramaHindi Movies

IMDb: 7.8 2001 187 min 29 views
TV reporter Shivajirao gets a chance to be the Chief Minister of Maharashtra for a day, after being challenged by incumbent Chief Minister Balraj ...
ActionDramaHindi MoviesThriller 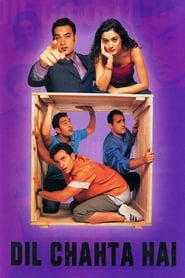 IMDb: 8.1 2001 183 min 61 views
Three inseparable childhood friends are just out of college. Nothing comes between them – until they each fall in love, and their wildly ...
DramaHindi MoviesRomance 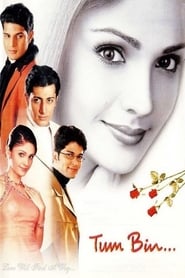 Lagaan: Once Upon a Time in India

Lagaan: Once Upon a Time in India

IMDb: 7.2 2001 170 min 51 views
Amongst the communal riots that erupt in the city, Tara shelters a wayward Sakina from a crazed mob and a bond that blossoms into love is ...
Hindi Movies

Ek Rishtaa: The Bond of Love

Ek Rishtaa: The Bond of Love

IMDb: 5.1 2001 167 min 20 views
A wealthy factory owner, played by Amitabh Bachchan, raises up his conniving son-in-law while breaking off with his own son, played by Akshay ...
DramaFamily